Breathing – Techniques to Bring More Calmness to the Body! 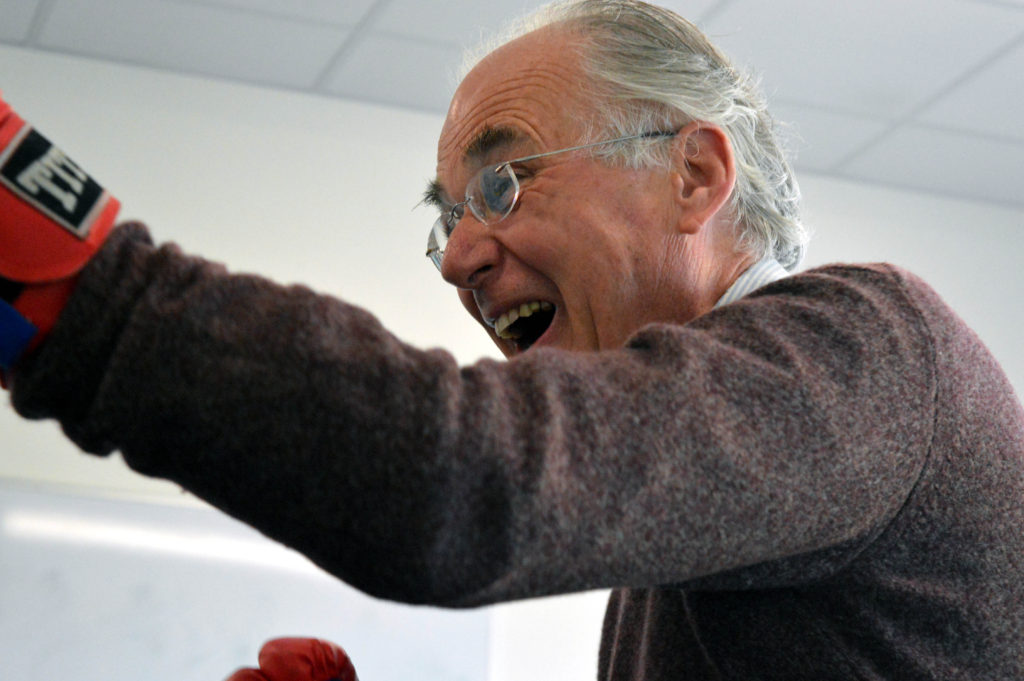 Our bodies are designed to live 110 years. Yet as we reach our mature (and more wiser) years of life, we begin to slow down and almost accept our decline. It’s widely known that as we age we begin to experience more ‘wear and tear’, ‘clicking’ in our joints and a loss in bone/muscle mass. However, to combat this or prevent the speediness of these chronic issues, it is advised that we move more and sit less! However the most important thing we can do as you as humans.. breathing.. is often overlooked and underemphasized.

Consider the foundations that are laid when building a house. If they are laid incorrectly, there will be problems down the road. Our bodies are the same. If we constantly breathe poorly and put ourselves into compromised positions, we begin to crumble, similar to the bricks of that house.

Dysfunctional breathing is defined as chronic or recurrent changes in breathing pattern that cannot be attributed to a specific medical diagnosis, causing respiratory and non-respiratory complaints. This is not a disease but it can be associated with pulmonary illnesses such as COPD and heart problems. In long term cases, it can have potential negative effects with mind and muscles, mood, metabolism, chronic fatigue, fibromyalgia and mental health. To name a few…

Trust me, the majority of clients that I see for the first time have lost touch with breathing. Don’t believe me? test yourself…

Place one hand on your chest and the other hand on your stomach. Now, take a deep breath in through your nose and slowly exhale out through your mouth. Did both hands move as you breathe in? Or did the hand on your chest move more than the one on your stomach?  If so, we need to address that. Breathing from our chest is what is known as thoracic breathing. This abnormal breathing pattern is greater upper chest breathing and upper rib cage motion in comparison to the lower rib cage (1). It has been found to cause hypertension in the muscles associated with breathing (2), particularly upper back and neck muscles, where the majority of us feel most of our tension.  It also prevents the diaphragm from returning to its resting position, which goes on to challenge trunk stability, leading to more muscular imbalances upstream and downstream in the body. Moreover, breathing in this heightened manner is often associated with our sympathetic nervous system (think ‘fight or flight’). This type of arousal is where the body is in a state of stress and releases adrenaline which tricks the body into thinking it is under a heightened workload and triggers an increase in heart rate, constriction of blood vessels and muscular tightness. So basically this is us in survival mode and prevents efficient relaxation and stress management.

To deal with this, we need to reconnect to our parasympathetic nervous system (think ‘rest or digest’). A way of promoting this is via diaphragmatic breathing. Diaphragmatic or normal breathing is synchronized motion of the upper rib cage, lower rib cage and abdomen (3). Ok so let’s put it into practise.

Experimenting with breathing: While lying down (can also be performed in a chair), breathe in through your nose, filling your abdomen with air three-dimensionally (meaning belly, obliques & low back). Exhale through slightly pursed lips by using your gentle pelvic floor, transverse abdominis and obliques to press the air out. Breathing through pursed lips also helps to restore diaphragmatic function.

Core Work: Try raising your knees so that they are vertical to your hip and back is flat on the floor. Hold this position for 5-10 seconds. This will give you better dynamic neuromuscular control (postural respiratory pattern).

These exercises can be used to gain more awareness of diaphragmatic breathing.  If you still aren’t convinced about the benefits of reconfiguring our breathing pattern or want to play with the idea further, look up ‘Wim Hof’. He’s a Dutch adventurer and has numerous world records, including climbing the highest mountain on earth wearing just a pair of shorts and immersing himself in an ice bath for an hour and a half while maintaining his core body temperature and preventing hypothermia. Sounds like a freak of nature, right? Yet his methods are based simply on training the way he breathes. His methodology is now raising questions on effective breathings response with autoimmune diseases and cancer research.

As a way of preventing a collapsed diaphragm and creating trunk stability whether it be lifting something off the floor or exerising use the two-hand rule(5). All you have to do is place one thumb on your sternum with your palm facing down and place your other hand parallel to that on your pelvic floor. The key is to maintain the gap between the two during all movements. If you deviate from that by bringing your hands closer together, you will have too much rounding of the upper back. If you bring the hands further apart, you will have too much overextension. Either way falling into these spinal faults over and over again creates way too much shearing on your vertebrae which can leads to discs bulging if done consistantly over time.

Both diaphragmatic breathing and core bracing sequence can be difficult to grasp. Ingraining it into your system will take time and effort, but stay patient. All things are difficult before they become easy.