I Can Still Walk For Miles! – Noel McLoughlin 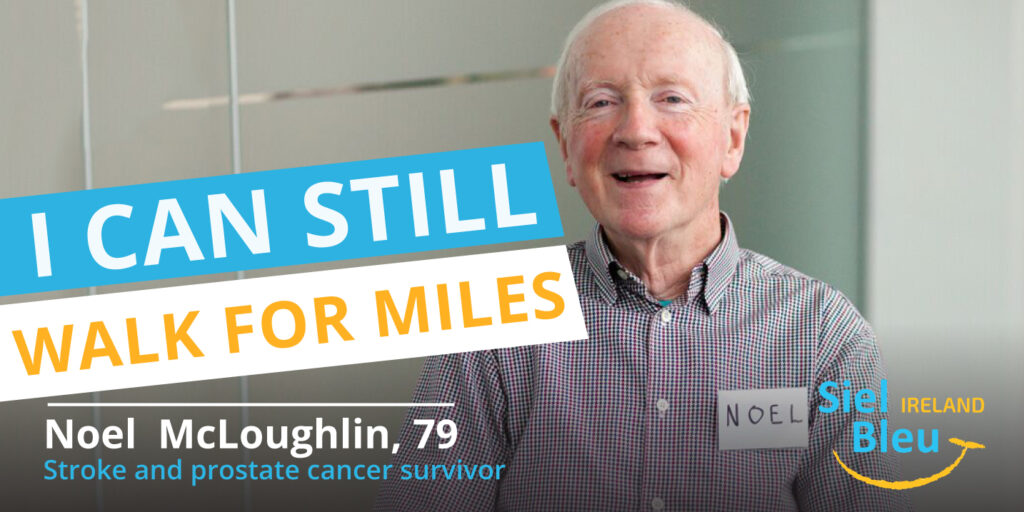 I Can Do Anything I want

Today we are catching up with one of our I Can champions from last year, Noel McLoughlin, who has motivated others through his joyful spirit and optimistic attitude. You may remember from last year, this astounding man whose slogan was “I Can walk 9km!” He opened up about his journey from having a devastating stroke to how Siel Bleu changed his life. This is Noel’s one year recap. 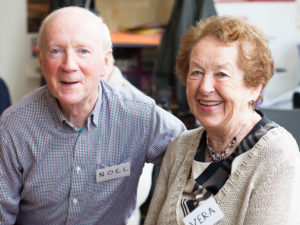 After having multiple strokes, Noel joined the Stroke Survivor’s support group in Tallaght which is run in partnership with the Irish Heart Foundation. They used to have doctors, dieticians, and nurses come in and do talks with them. One day one of the nurses who ran the group looked around and realised that all they were doing was sitting around. Noel recollects the nurse expressing, “We have to do better than this.” In 2017, Siel Bleu started to bring exercise classes to the support group. What initially began as 4 people has grown to around 30 people participating in the class on a weekly basis. These people that used to be strangers are now his dear friends, as they go bowling, walk through gardens, and view museums. Noel’s first week was difficult as he had not been exercising for a long time but, by the second week he was already getting the hang of it. Now, if he is sitting down and watching the television, he will do some of the chair exercises, such as lifting his legs up and down. 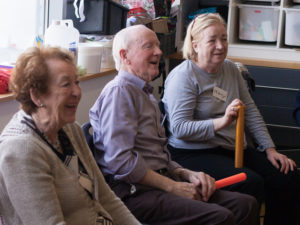 Even a year later Noel is still improving, and progressing. Many people know of the physical effects of a stroke, such as losing movement in your arms, or having problems with your speech. However, Noel suffered silent effects, ones that affect his mental health. Before he started being active he would have emotional outbursts multiple times a week, where he could cry for 15 minutes at a time. Now through the Siel Bleu exercise classes he is able to control his mood swings better, to where he may have one every other month. By building up his stamina through the classes he found his love for walking. This has also been a tremendous help for his mental health, as Noel conveys, “I come back a different man after taking a walk.” He has now built up to walking 10 km, and can easily go for two hours without stopping! Furthermore, he is able to keep up with his grandchildren even after they are hyped up on sugar from giving them a chocolate biscuit, or two. 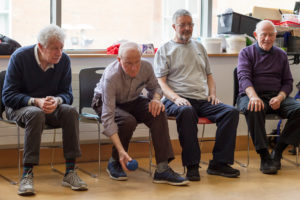 Outside of the class, Noel is a role model for his community to get out and be active. Every time he goes out for a walk he invites his neighbours to join him. For instance, he inspired a man who had lost the ability to use his arms due to a stroke, and thought would never be active again, to start walking. Noel discloses, “I love talking to people, and telling them to get out of the house… don’t sit down all day, go for a small walk, and it gets better, and better as you go along.” For those who cannot make it to an exercise class, he has brought a piece of Siel Bleu to the neighbourhood by showing them small exercises to do on their own. Wherever Noel is, he is constantly encouraging and uplifting those around him. If you ever meet this brilliant man, you might just be lucky enough to be asked to go for a walk with him. 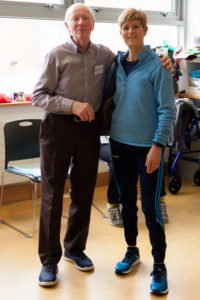