I Can Live My Life To The Full Again! – Austin Hynes 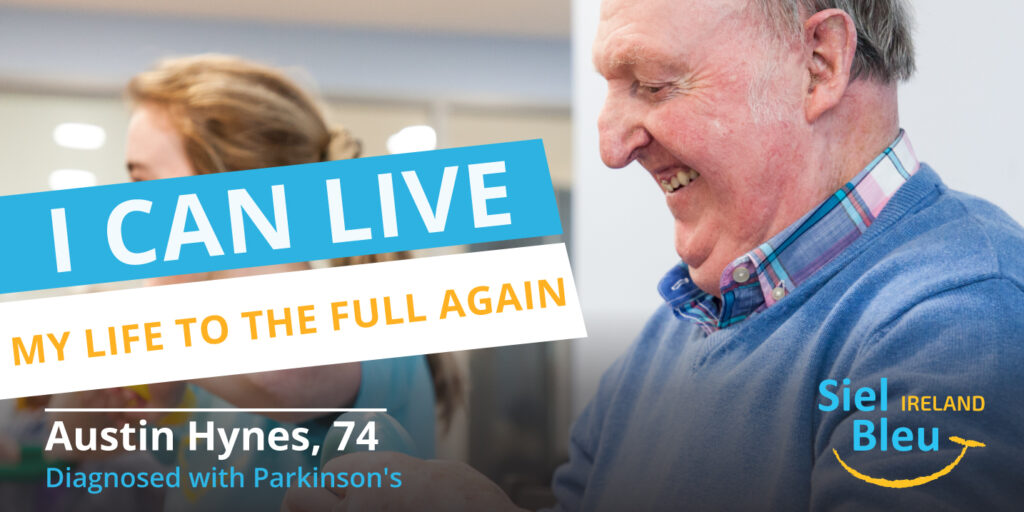 I Can Live My Life To The Full Again!

Meet our next I Can Champion Austin Hynes, a minor league GAA coach for Foxrock, who turned devastation into perseverance. In 2014,during a routine medical exam for hemochromatosis, the doctor observed Austin walking and asked, “Has anyone told you that you have Parkinson’s?” Shortly after, the shocking revelation was confirmed and he was diagnosed with Parkinson’s disease. This new information left his family distraught to the point where his wife was overcome with emotion, and cried for two days straight. When confronted with adversity many people hide, or run from the problem they are facing, but Austin decided to deal with it head on. 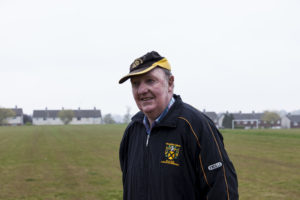 He joined a support group run by Parkinson’s Ireland in Harold’s Cross, where not long after he discovered Siel Bleu. The support group coordinators, Eugene and Sinead, brought Siel Bleu classes to the Harold’s Cross shortly after attending the I Can launch last year and it was the third Dublin based class to be established. Austin found the class so valuable, that he wanted others to reap the same benefits. While already being in talks with people of the same diagnosis in his community, he decided to start a support group with Siel Bleu exercise in Loughlinstown. What started out as a class of 5-6 people, has grown to 20! 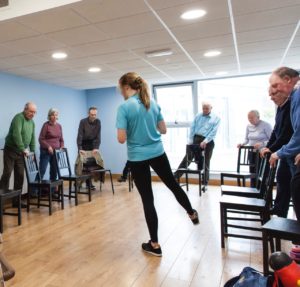 Even before becoming an I Can champion for being an outstanding member of his community, and his dedication to the cause, he was inspiring others like his friend Sean. Similarly, Sean was diagnosed with Parkinson’s disease, and felt distressed about the news. One day he walked into a pub, where he shared with the bartender that he recently found out that he had Parkinson’s. Instead of the normal disheartened look, the bartender relayed that his father, Austin, also had Parkinson’s, and was doing great. Through this chance encounter the dynamic duo was born, and Sean started attending exercise classes alongside Austin.

The exercise class is a comprehensive workout that is of high quality, as Austin remarks how, “you work every aspect of your body!” By doing this, it not only makes you stronger, but it allows you to continue to do the things you love. Group coordinator Eugene commented, “People don’t realize that it was exercise plus fun, its social and they can laugh with each other.” “Even people with limited mobility are able to participate in the class,” said Sinead.

For Austin, it gives him the strength to stand, and coach young 20 year olds, while Sean can continue to garden. Yet, what keeps them coming back to the class is the social aspect of the group, and the sense of community. Sometimes when tragedy strikes in our lives we feel isolated, or misunderstood. Yet, Siel Bleu makes you feel like you belong again, as Austin comments, “You do not feel alone in the classes.” Even though no one’s story is the same, you all have the same goal in mind, to maintain the life you have. 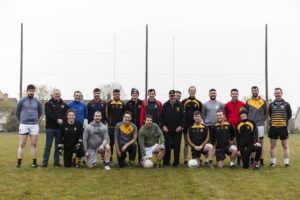 For those who are nervous about starting a new workout class or routine, Austin’s main advice is to adopt a positive approach as, “your attitude towards the class makes a difference.” Everyone at some point started at the beginning feeling nervous, and scared of the unknown. Yet, as many of the participants can tell you, progress is impossible without change. And, in the words of Sean, “The worst thing you can do is sit there, and do nothing… Keep going, and keep fighting it!” 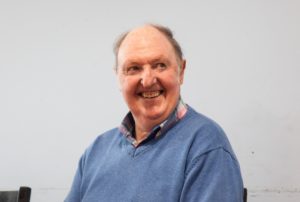 Parkinson’s disease is classified as a movement disorder that affects your motor system, and overtime can affect your non-motor systems. So, how do you help slow down the effects of a movement disorder? By adding in movement through various types of exercise! In general, exercise is healthy, and helps with a variety of things such as range of motion, heart health, sleep, stamina, walking speed, and cognitive function. Yet, for those living with Parkinson’s disease, exercise is more than healthy, it is a vital component to maintaining balance, mobility, along with other physical aspects. Also, it has been shown to slow the mental aspects of the disease down, such as fatigue, mood, sleep, and mental health problems. The Parkinson’s Outcomes Project shows that people with PD who start exercising earlier and a minimum of 2.5 hours a week, experience a reduced decline in quality of life compared to those who start later. It has even been demonstrated that exercise can be just as important as your medication to help take control, and manage your symptoms.  Melissa Mattioda, a UW Health neurologic physical therapist, notes that, “The benefits of exercise can aid individuals with Parkinson’s in their performance of daily activities over the duration of the condition,”  she also goes onto to add, “Variety and intensity of exercise are key, but there are few kinds of exercise that are especially important.” The types of exercises that are helpful for those who are suffering from this disease are, aerobic/cardio, strength training, balance, and range of motion stretching exercises. These are all included in the comprehensive plans that Siel Bleu provides!

There are currently four Parkinson’s exercise groups up and running in the Dublin area and more coming in other regions shortly. For more information about Siel Bleu Parkinson’s Programme